The City of Muscatine implemented an Automated Traffic Enforcement (ATE) program in 2011 at five (5) intersections in the city. The program consists of the ability to detect red light and speeding violations at the selected intersections.

Gatso USA and their subcontractors constructed the necessary equipment at the approaches to the five (5) intersections that were selected after a two-year traffic study. The ATE equipment at Cedar/Houser, US 61/Mulberry, US 61/University, and Park/Cleveland were the first to go live on March 18, 2011 with Washington Street and Park Avenue the last to be activated on Saturday, May 21, 2011.

An Automated Traffic Enforcement (A.T.E.) program is being utilized by the City of Muscatine at five fixed locations. The system detects red light and speeding violations at the following locations. 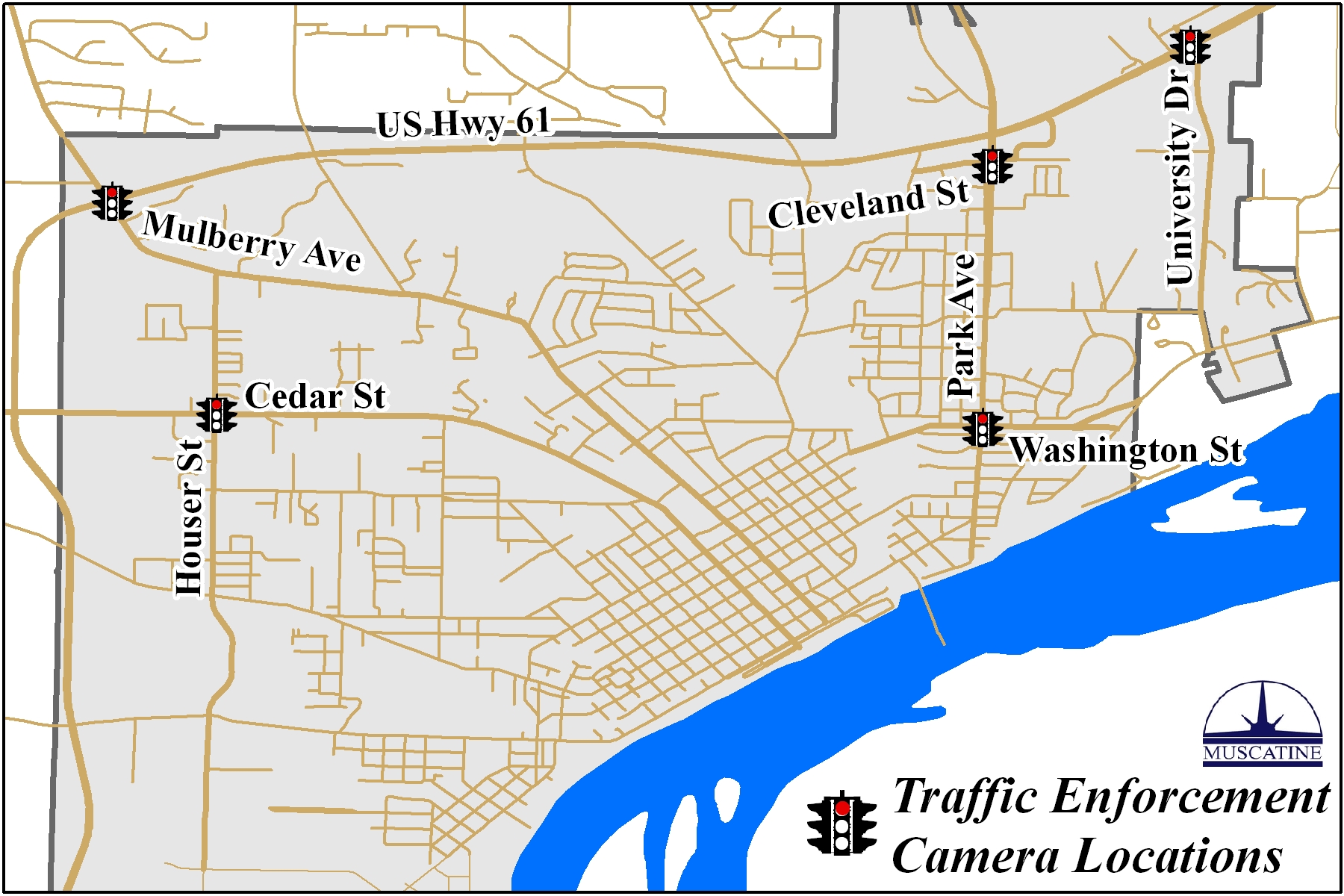