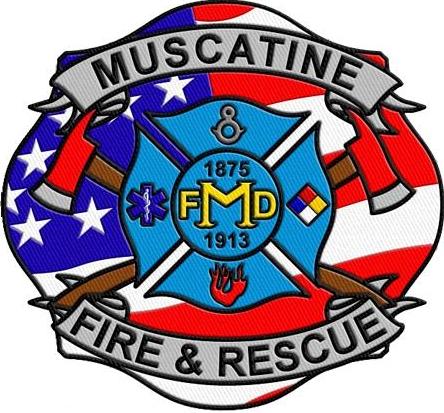 In October 2003, 4 members of the Muscatine Fire Department Honor Guard participated in the National Fallen Firefighters memorial ceremonies in Emmitsburg, Maryland. They marched with several hundred other honor guard members from across the country that also participated in honoring the fallen firefighters of 2002 including MFD's Mike Kruse.

The public got their first look when part of the honor guard for the first time led the Fire Department's apparatus in the 4th of July parade in 2004. On August 15, 2004 the honor guard was officially unveiled to the public during the dedication ceremonies of Muscatine Firefighters Memorial located next to the Public Safety Building.

The honor guard plans on participating in the Iowa Fallen Firefighters Memorial held in June each year. They also participate in other activities throughout the year to include Iowa Emergency medical Services conference in Des Moines.

They can also be requested for parades, dedication ceremonies, or city retirements. If you have any requests please email Travis Edwards at the Fire Department 563.263.9233.