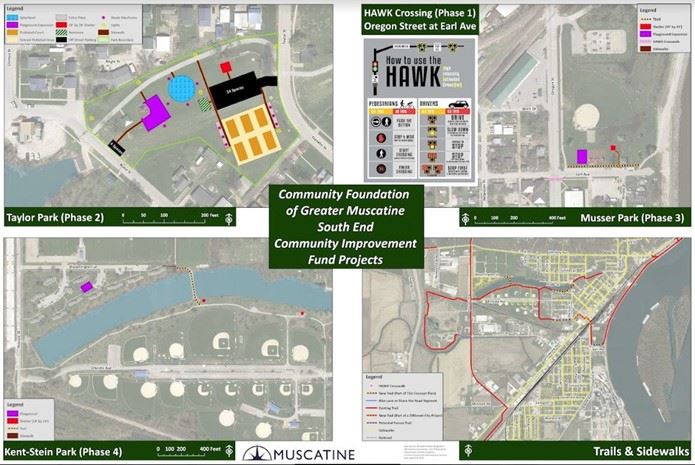 Components for recreational and street crossing improvements in the south end portion of the Muscatine community have been developed by City staff working in collaboration with the Suthend Improvement Fund steering committee, neighborhood groups, and the Parks and Recreation Advisory Commission.

The proposed improvements provided in the Community Foundation of Greater Muscatine South End Improvement Fund Projects will be funded through a $2,000,000.00 private donation. 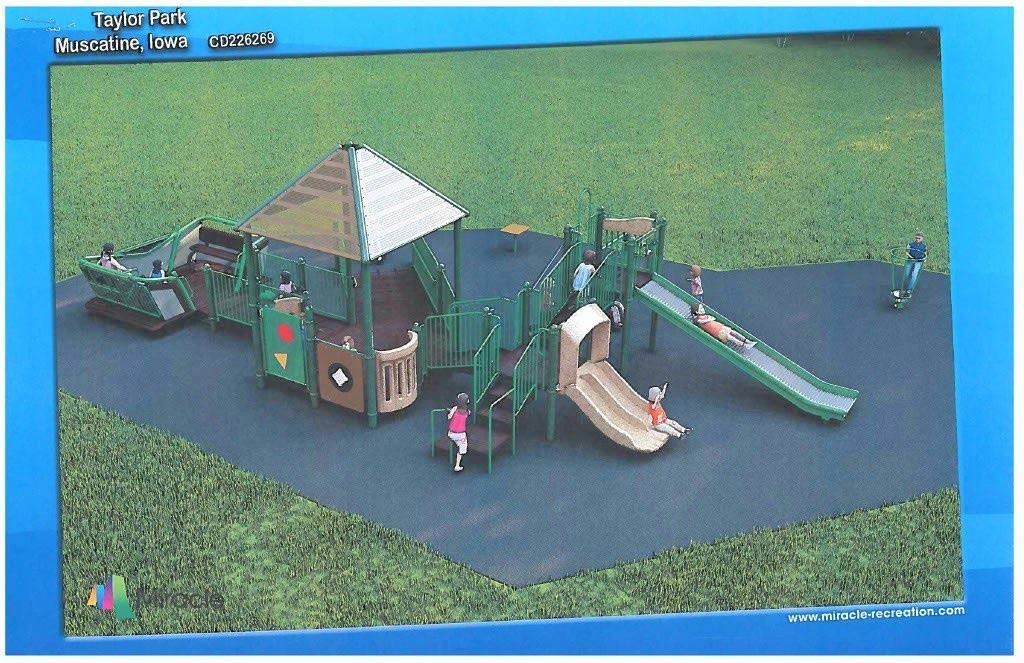 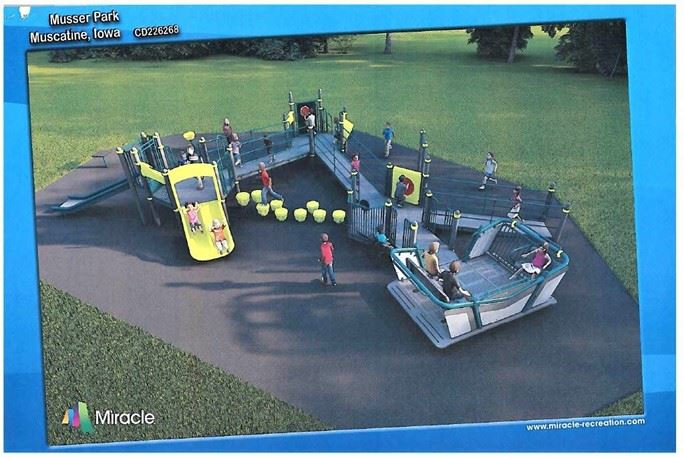 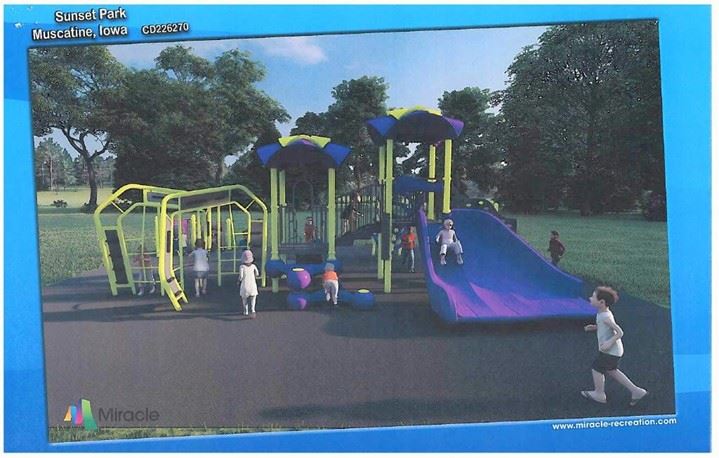 Taylor Park was closed to the public early May 2022 in preparation for the renovations. Underground work on sanitary storm sewer has been completed as has most concrete work. Installation of the pickle ball courts, and shelter have been completed with work now focused on the splash pad, and lights. Playground equipment replacement is expected this fall. 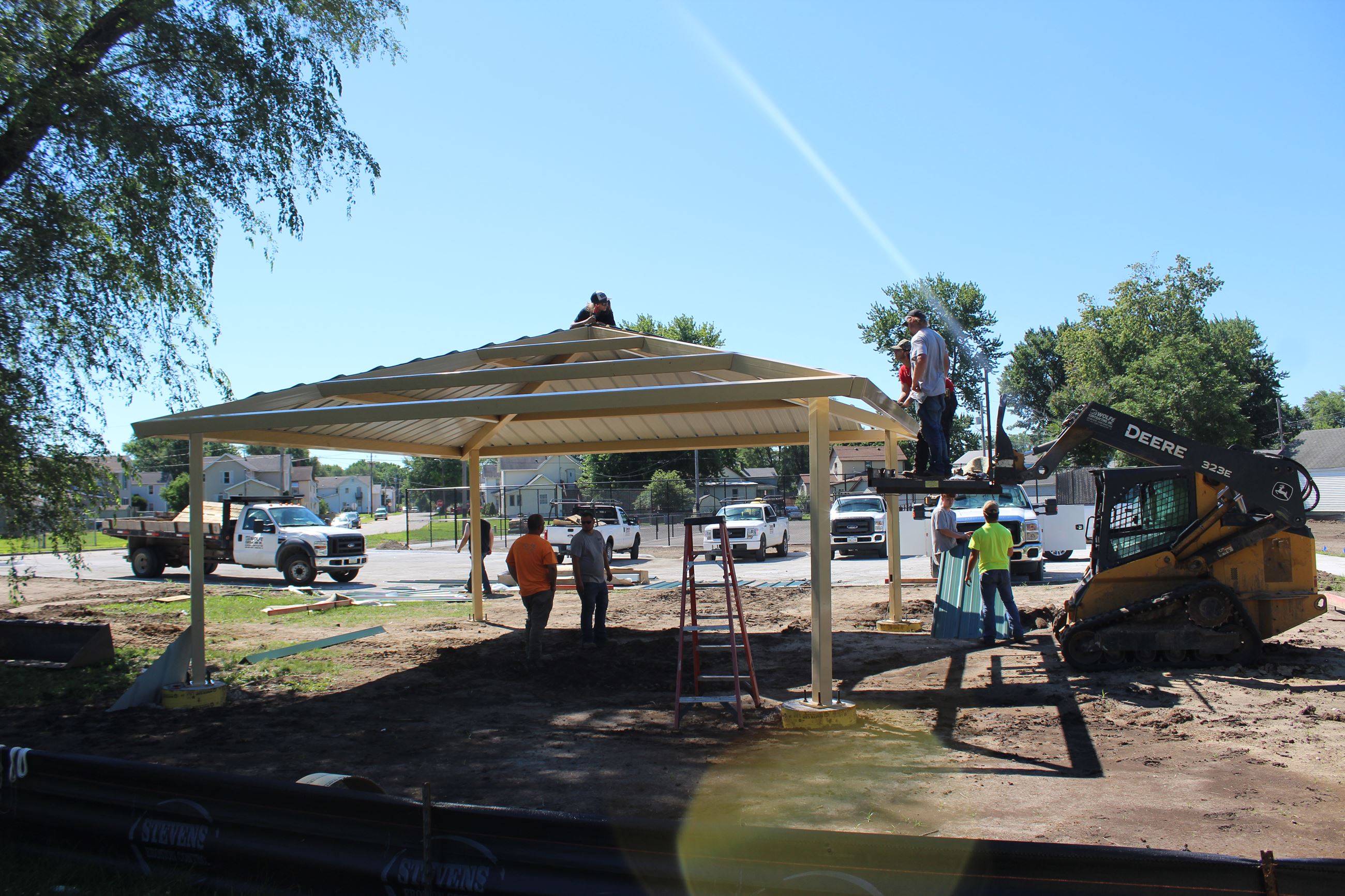 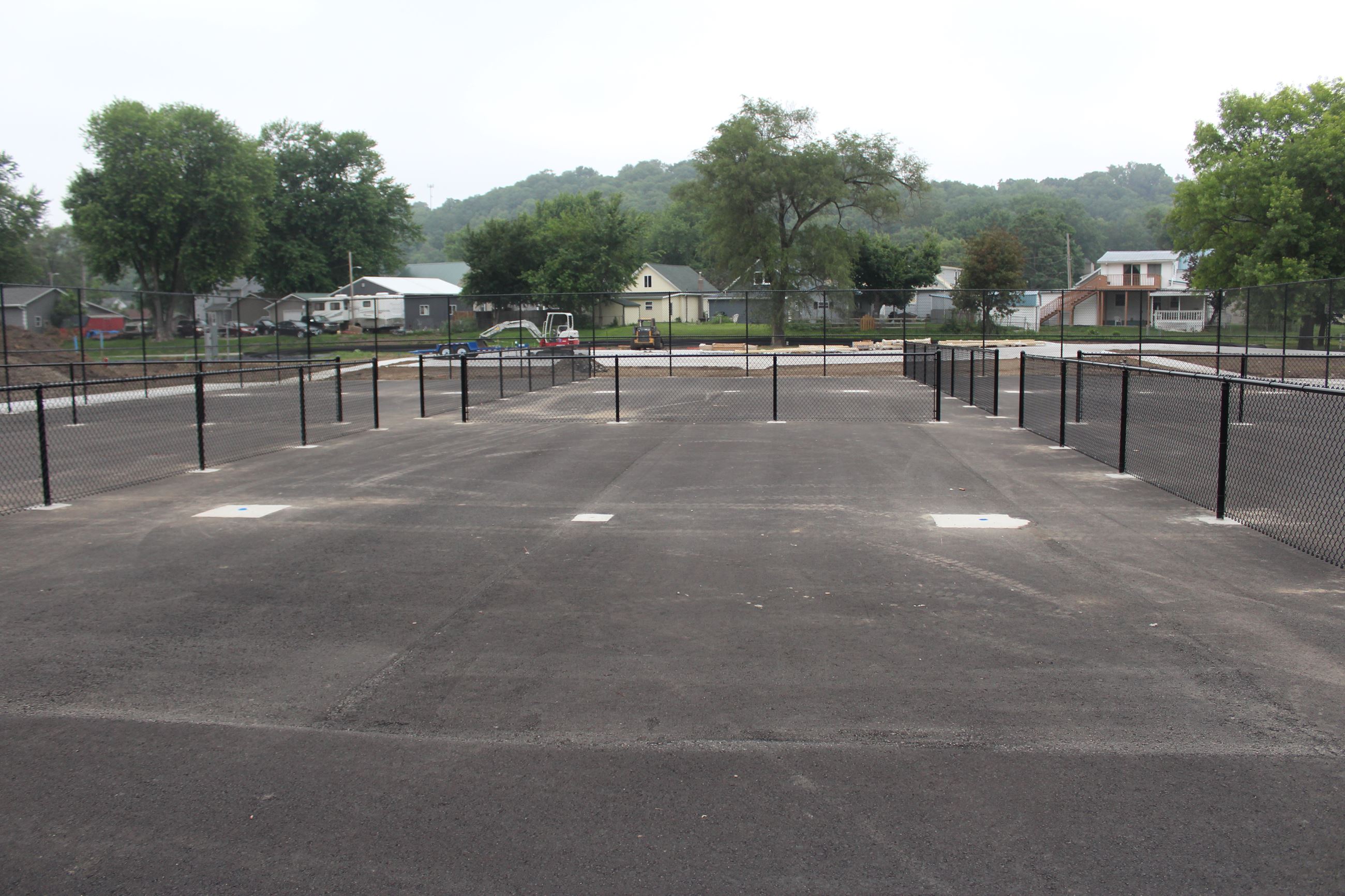 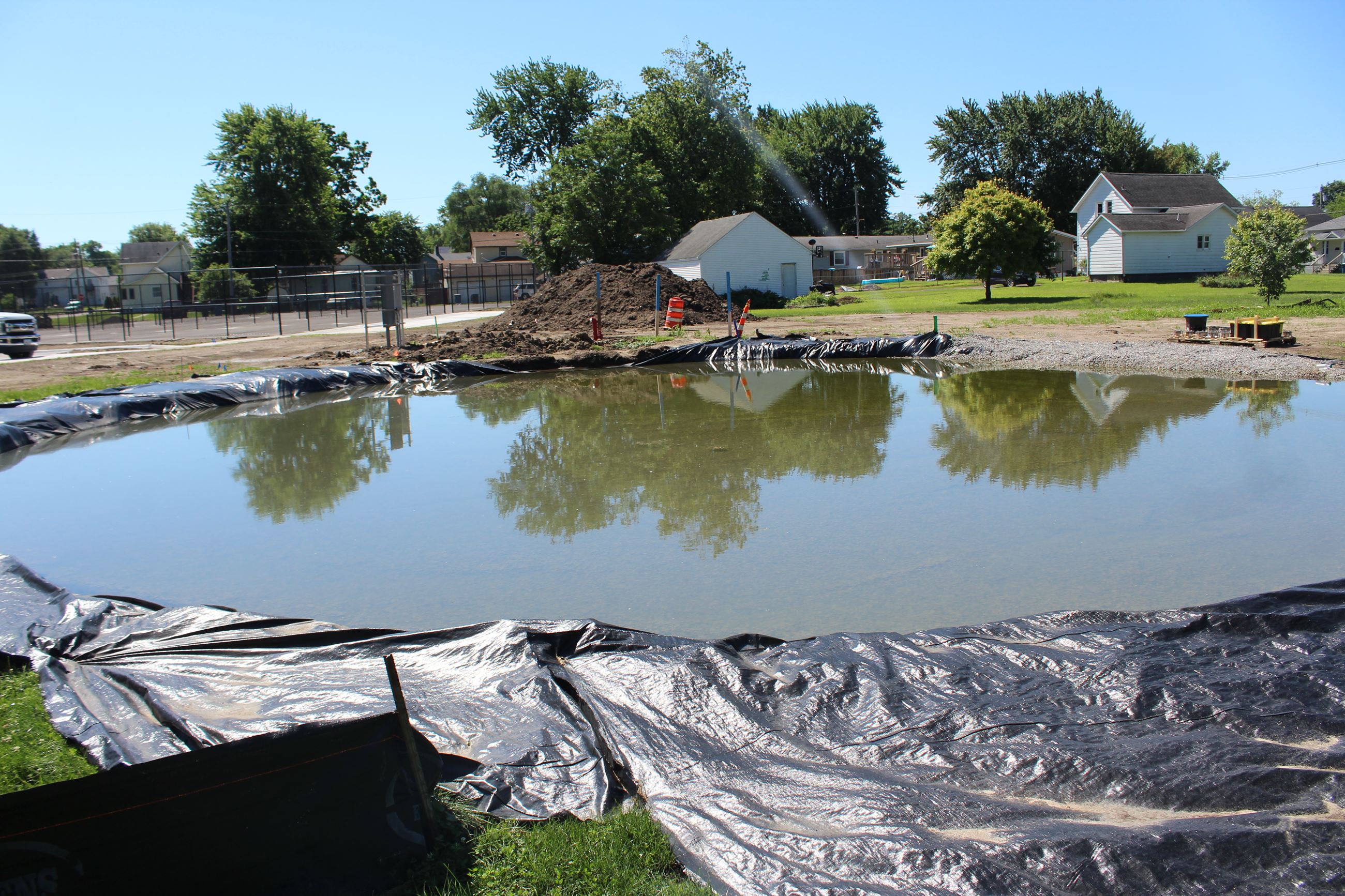 Work on the trail connector from the levee to Oregon Street has been completed along with additional connecting sidewalks, and the installation of the new shelter. The playground area has been reopened for public use as the City awaits the arrival of the new playground equipment that is expected this fall. 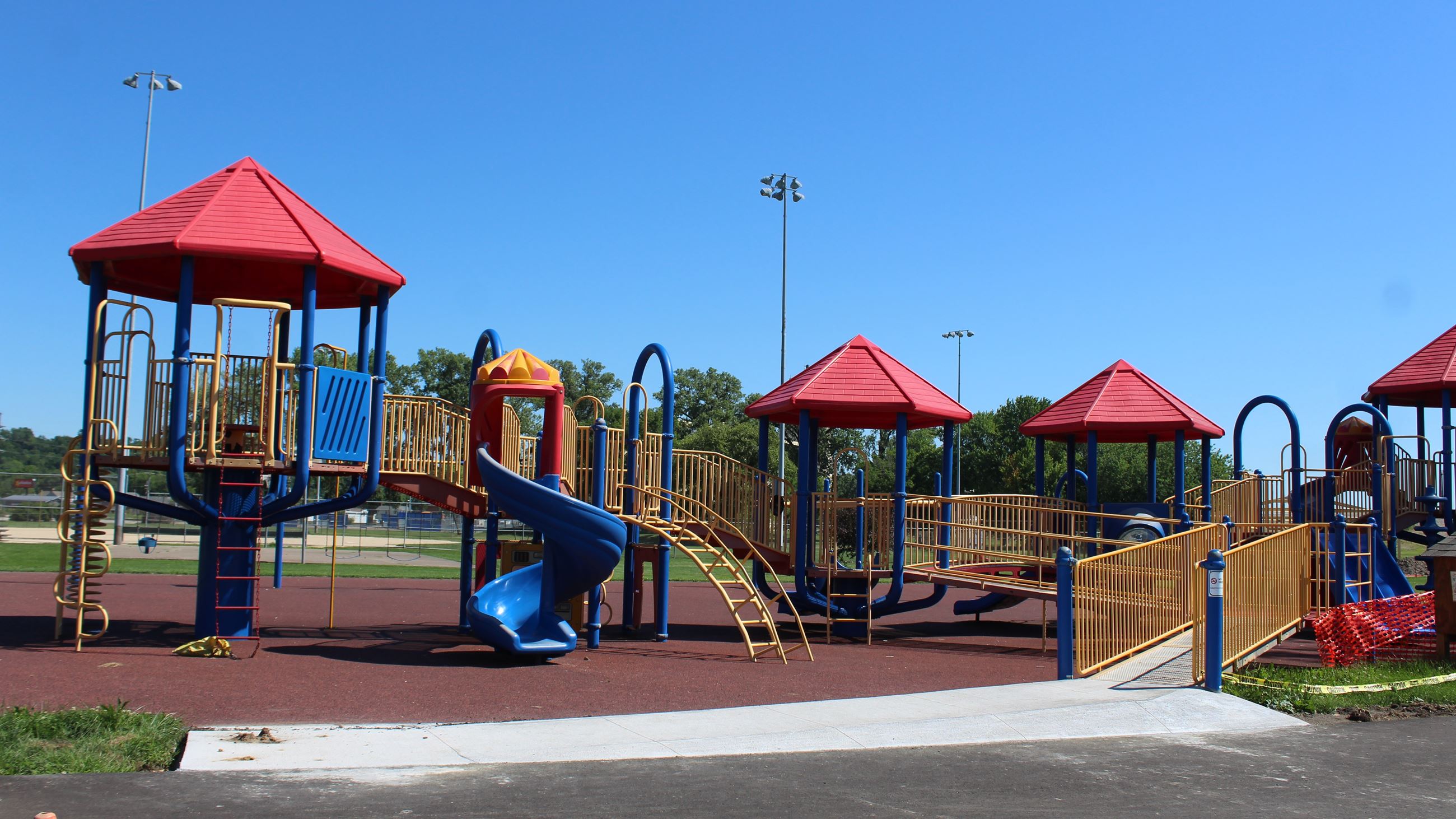 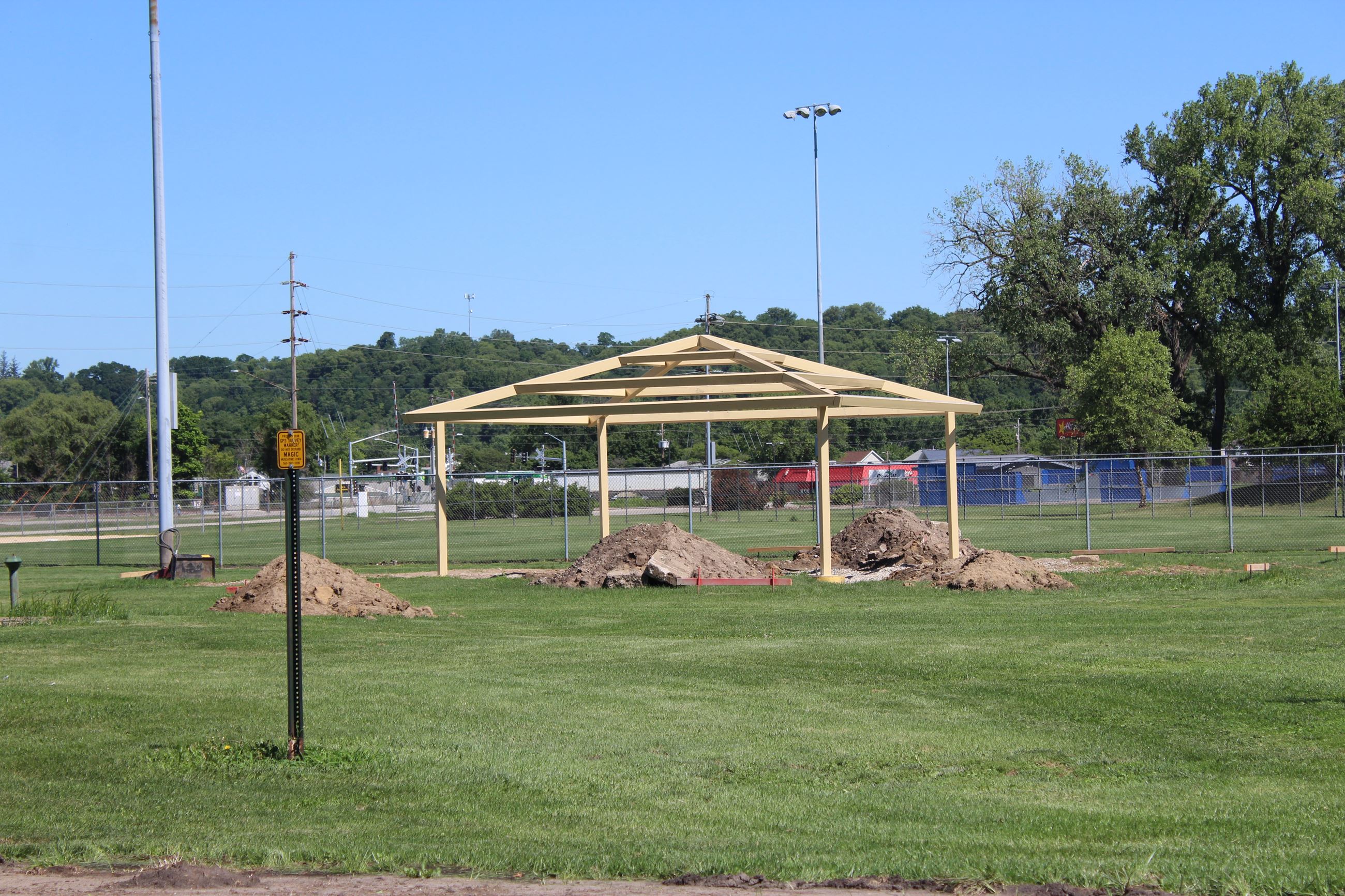 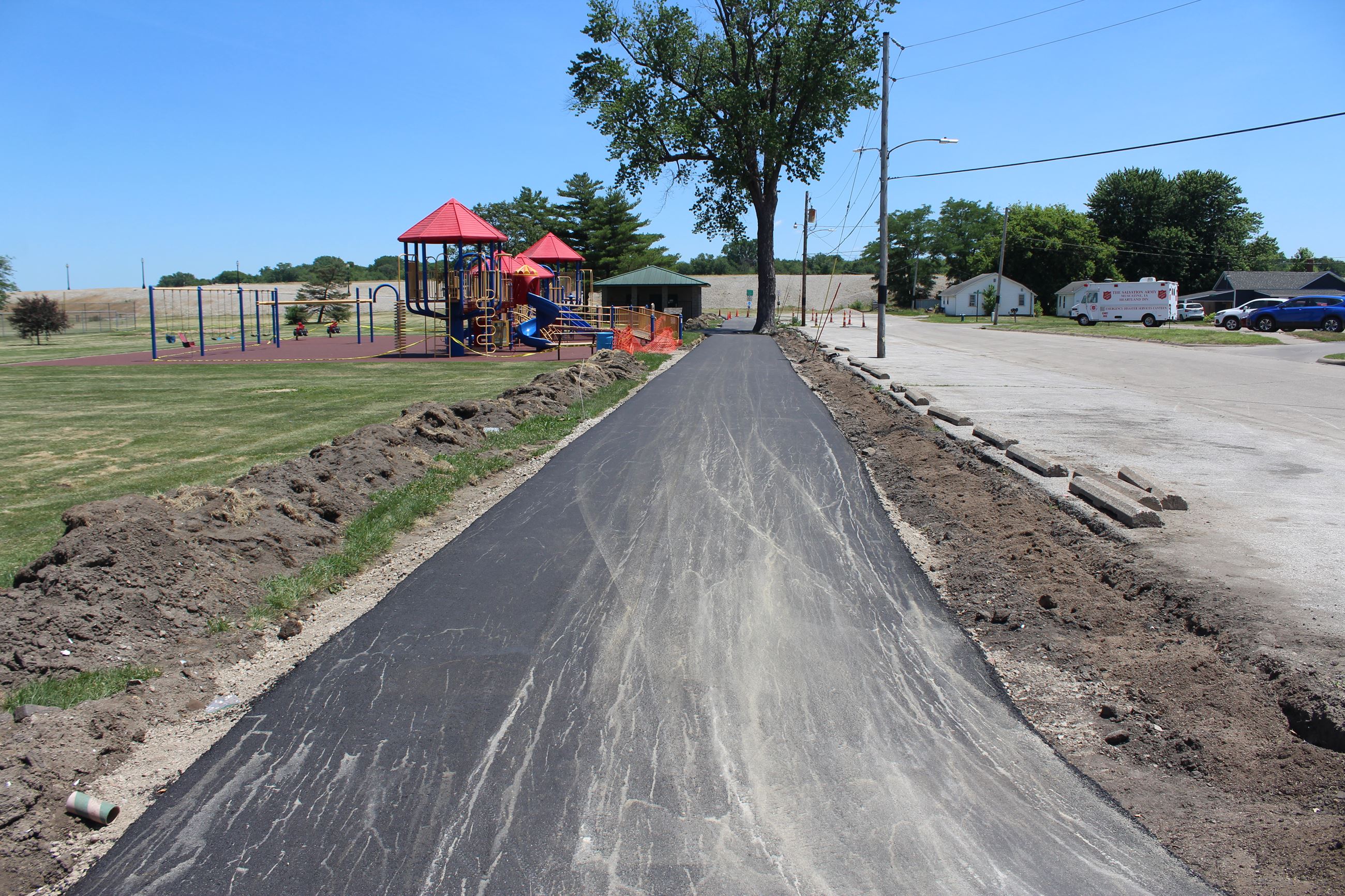 BACKGROUND: The City of Muscatine and Martin and Whitacre Surveyors and Engineers, Inc. developed the plans and specifications for the Taylor Park Improvement Project. The Muscatine City Council held a public hearing and approved the plans and specifications on February 3, 2022. Three proposals were received by the due date of March 4, 2022. The $429,584 contract was awarded to All American Concrete, Inc. at the March 17, 2022 City Council meeting.

The City of Muscatine and Water's Edge Aquatic Design developed the plans and specifications for the Taylor Park Splashpad Project with the $333,000 contract awarded to The Henley Group, LLC at the March 17, 2022, Muscatine City Council meeting. 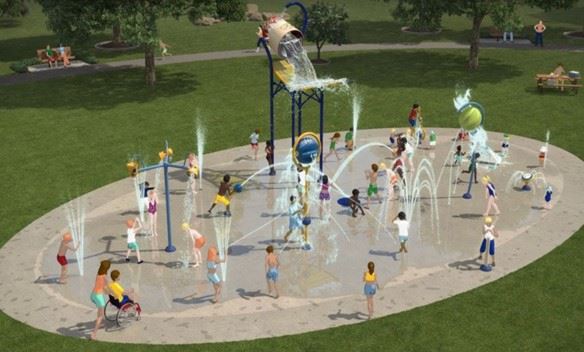